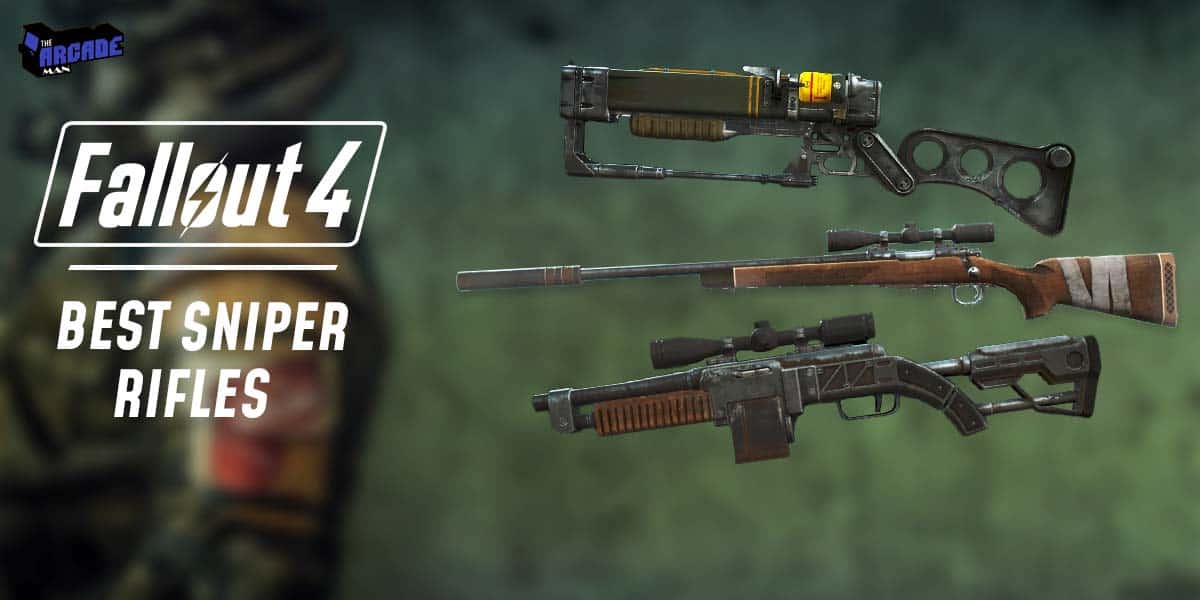 Snipers bring a different level of gameplay and fun into games. The satisfaction of dropping enemies that are hundreds of meters away is unmatched to anything else in shooting games. The farther the target, the more of an accomplishment it feels like. Also, with good enough aim, they can be close to a force of nature even in comparatively closer range due to their high damage.

Well, luckily, Fallout 4 also delivers the choice of using sniper rifles to take out enemies from a safe distance and skim their numbers like the curse of a ghost residing far away. However, to maintain that level of terror, we need the best Fallout 4 sniper rifles.

In this article, we have also mentioned how you can get any of these sniper rifles. For some of them, you will need to complete missions, while you might get others from tier 4 Vendors in your camp.

Breakdown of Best Sniper in Fallout 4

Now, based on what might best fit you, we have listed several Sniper Rifles, each with certain ups and downs. Assess the details mentioned to find a sniper rifle that can help make you a bringer of death.

The Virgil’s Rifle is an energy-based weapon like the Alien Blaster Pistol and is one of the best sniper rifles that Fallout 4 has to offer. The weapon is initially equipped with some mods like an improved long barrel, full stock, night vision scope, and a gamma wave emitter. It also comes with the legendary Mutant Slayer effect, allowing this sniper rifle to deal an extra 50% damage against mutants.

Virgil’s Rifle can be acquired by either stealing it from Virgil or by making him commit suicide in the quest called “Virgil’s Cure.” However, make sure you don’t give him the serum as you won’t be able to get the gun then.

The Overseer’s Guardian is arguably one of the most economical rifles that Fallout 4 has in store for you with either a short barrel or a long barrel. Thanks to its massive clip size and the additional Two Shot effect, the gun allows you to shoot an extra projectile for every shot that is taken. With a considerably high rate of fire, it can even be used in uncomfortable close-range situations to spray down enemies.

For the Overseer’s Guardian to be a part of your inventory, you can simply head to Vault81 and purchase the sniper rifle from the seller called Alexis Comber.

Considerably the ultimate sniper rifle that Fallout 4 bestows and one of the biggest fan favorites is the Gauss Rifle, thus making it one of the best sniper in fallout 4 for many players. The weapon is best suited for someone with little experience in the game. Apart from the overall stats, pairing it with the Rifleman perk and the Ninja perk (Check Perk Guide) can make this rifle a monster that is strong enough to take some of the toughest enemies in the game has to offer.

You can buy the rifle from weapon vendors once you reach level 25, or it can be found in the Skylanes Flight 1981 and 1665 as well as in Teagan’s shop that is on the Prydwen.

By the looks of it, the Tinker Tom Special looks like any other ordinary sniper rifle. However, it is special enough to make it onto this list of the best Fallout 4 sniper rifles. The weapon comes with the legendary Stalker’s effect, allowing it to have an increased 100% VATs accuracy when not in combat for a bit more extra AP.

The rifle can be bought from the person responsible for its modifications, that being, Tinker Tom himself. Only if you are a Railroad member can you head to the Railroad headquarters to buy it from him.

The Last Minute is the child of the ultimate Gauss Rifle with a little modification. It is considered the best one-hit knockout weapon in Fallout 4 with a high base damage of 192 that can insta-kill enemies such as the Far Harbor’s Shipbreaker. Additionally, adding the Crippling effect can deal an extra 50% limb damage.

More perks and mods only make the weapon more and more deadly and a nightmare for your targets. This is why this weapon is also listed in our list of the best automatic weapons for automatic builds in Fallout 4.

Finish the Old Guns quest to buy The Last Minute sniper rifle from Ronnie Shaw. A few more things like the night vision scope and shielded barrels make it a must-have.

The Problem Solver is an odd sniper as it looks exactly, or almost like an AK-47 which is more like an assault rifle. However, don’t let that fool you, as it deals a damage of 108, a range of 185, and a fire rate of 59. In addition to its damage, the weapon comes with the legendary Furious effect, which allows increased damage on consecutive hits.

All this makes the weapon worth its weight. You can get the weapon by passing Mason’s check in the quest called “An Ambitious Plan” and enough Charisma. Remember that failing it will require you to restart the game.

Barney Rook’s wonderful craftsmanship and design can be seen with the Reba II sniper rifle. It’s an ordinary weapon but one that’s extremely reliable. Reba II can deal damage of 55, rate of fire of 3, and a range of 112 with the Exterminator’s effect, which deals 50% bonus damage to bugs and mirelucks.

You can either finish the Gun Run quest to get the Reba II or head to the Rook Family House in Salem and go through the locked door in the basement, the key to which can be either stolen from Barney or retrieved after killing him.

The Reba is another one of Barney Rook’s creations that is an older version that is a tad weaker than the Reba II. Reba can deal damage of 37, has a rate of fire of 3 with a range of 131, and has an accuracy of 71. The fact that it doesn’t have any legendary effects and perks like the Bloody Mess, Rifleman, and Basher work well with almost all weapons; the Reba is inferior to the Reba II.

Although, remember that it’s still good enough to be on the list. Finish the Gun Run quest to make it a part of your inventory.

The Hunting Rifle is one of the easiest ones to find. You can find it on a kiosk at College Square, Mass Pike Tunnel, Kendall Hospital, Old North Church, or on super mutants, raiders and gunners, and even the average weapon crates.

It is a reliable rifle until the game’s middle stages, as it has a damage of 37. However, you will need a few modifications and maybe a legendary effect to make in the game’s later stages. Overall it can be considered a great and versatile sniper rifle in terms of its usage throughout the game.

The Wazer Wifle is an energy-based laser rifle that can deal a damage of 52 with a rate of fire of 50 and a range of 203. The best part of this weapon is its unlimited magazine capacity, thanks to the Never-Ending effect, which allows you to gun down enemies without worrying about the ammo or reloading.

Some other mods like the overcharged capacitor and long barrel make it even more of a threat. You need to finish 3 unmarked quests from Shaun or the main quest to get yourself the Wazer Wifle.

This rifle acts as a reliable sidearm that can get you out of emergencies. With a range that is hard to measure, it is one of the best long range weapons that Fallout 4 offers. The Hub Aliens Blaster’s specialties are its reload speed and silencer ability. It’s a semi-automatic weapon with a fast reload speed, which is a rare bonus for long-range weapons. Also, it can be utilized for sneak attacks as it is a silent weapon.

All these things make it deadly except for the fact that the damage isn’t as much, so, in order to kill a foe, a few shots need to connect.

If you are one of those players that lurk in the shadows yet want your foes to feel your presence and strike fear into their hearts, Old Faithful is the best middle-stage gun that Fallout 4 can give you. It is an understatement to call this gun a freak as it deals a devastating 300 damage with just one shot.

With an instigating effect and being available in the early stages of the game, Old Faithful delivers imminent death upon those it picks. Although sneak attacks would not work with this weapon, it is a small price to pay for what it delivers.

The Sentinel Plasmacaster is similar to the Old Faithful. Along with stats that are at an overall high, the weapon also comes with the Instigating effect. This effect is probably the best effect of a sniper rifle that anyone could ask for, as it can double the damage inflicted on a target, because of its double damage feature this sniper is among the best sniper in fallout 4 and picked by many players during their quests.

Although it is often looked down on because it does not have a silencer, I believe that it is a weapon that is too good to be left out just for the fact that it would not be useful in a stealth play.

For long range shooting, the Laser Musket is considered one of the best snipers in Fallout 4. Even though the horrible reload system might put players in a pickle, its high damage can make up for it. Laser Musket can deal a damage of 30, with a rate of fire of 6. It also has a range of 71 and an accuracy of 70.

In addition to all this, it can be further modified with various perks such as the Rifleman and Bloody Mess. Simply finish the “When Freedom Calls” quest to make it a part of your devastating arsenal of weapons.

The Plasma Gun deals a damage of 24 with a rate of fire of 33, 119 range, 142 accuracy, and an AP of 34 with its plasma cartridge ammo, due to its amazing stats alone plasma gun is considered as best sniper in fallout 4. So, once you reach a level above level 16, this weapon is one of your best choices to bring to missions that can get overly intense.

The weapon can perform exceptionally well at mid-range due to its overcharged capacitors, large recons scope sights, marksmen stock grip, and an improved sniper rifle. However, a few other extra mods are required to make it just as good for long-range duels and snipes.

Now you are familiar with the best fo4 sniper rifles. After gaining knowledge of what these snipers bring to the table and how much potential they have to grow stronger through mods and perks, all that is left is to try them out in the game by putting people out of their misery instantly. 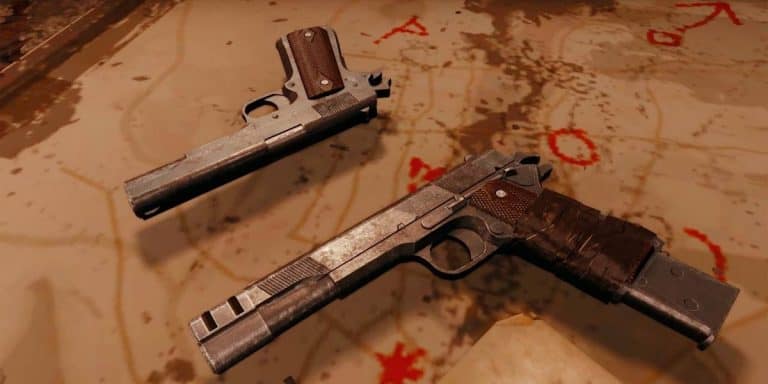 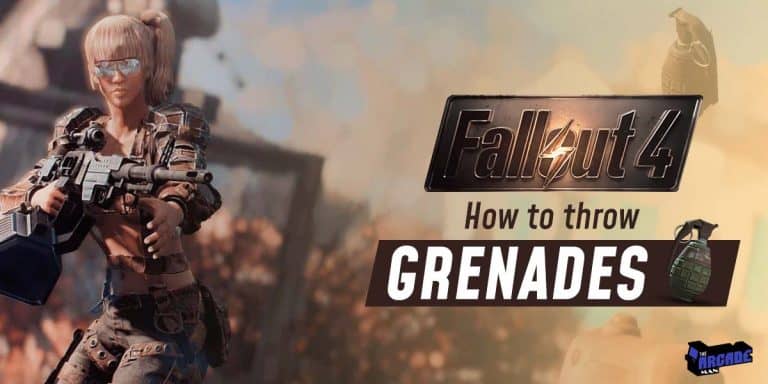 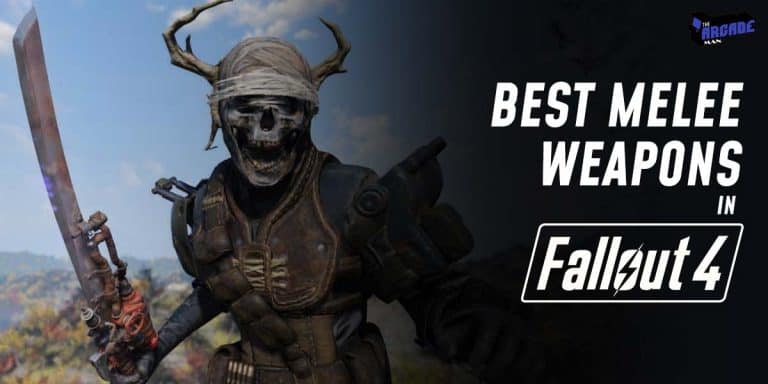 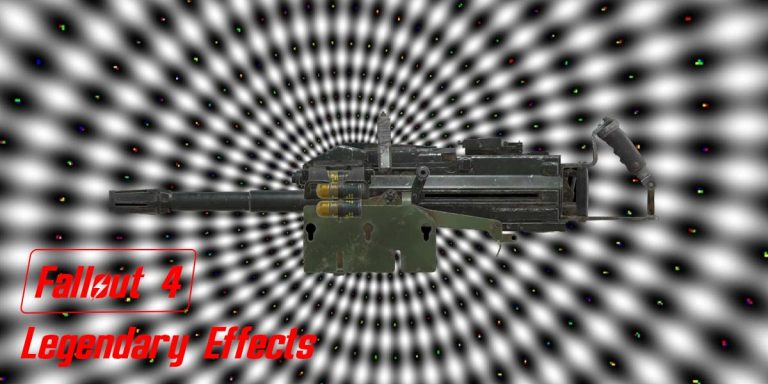