For avid DnD lovers, feats are one of the most crucial parts of the game. For those new to the game, feats are essentially unique skills you are offered at multiple levels, which open up whole new avenues of gameplay. Feats allow for your character build to be more customizable. For example, the ‘Actor’ feat can go hand in hand with your Bard, who shares a taste for the flamboyant.

Similarly, one such feat that has been widely discussed since its inclusion in the game is the D&D 5E Great Weapon Master. What are its advantages, how to use them, who is it best for? In this article, we shall answer these questions and some more.

Like every other DnD 5E feat, the Great Weapon Master comes equipped with a strong set of advantages, along with a few let-downs to spice up the game. Before we get into the nitty gritty of the feat, let’s understand what the Player’s Handbook has to comment about the DnD 5E Great Weapon Master:

“Before you make a melee attack with a heavy weapon that you are proficient with, you can choose to take a -5 penalty to the attack roll. If the attack hits, you add +10 to the attack’s damage.

On your turn, when you score a critical hit with a melee weapon or reduce a creature to 0 hit points with one, you can make one melee weapon attack as a bonus action.”

To get to the bottom of this feat, we must understand each component of the benefits offered. Unless we are thorough with the little details of the advantages we can make full use of, the feat will remain redundant, or worse, it will be used far less than its potential. To avoid such scenarios, we shall go through the benefits laid down in the Player’s Handbook in detail:

You can sacrifice the accuracy for damage on the blow before making an attack with any heavy weapon that you consider your character proficient with. So, if you are a level 4 fighter with a great ax, the stats would look somewhat like this –

The attack modifier at level 4 is +5 (+2 for proficiency and +3 for strength), and the great ax does 1d12 worth of slashing damage.

Note: Critical hits gained with this feat will not alter the damage since you will only be doubling the d12 roll, not the mods. Therefore, if the aforementioned calculated attack were a critical hit, the damage would be 1d12 x 2 + 3 + 10.

With the second benefit of the D&D Great Weapon Master, you can strike more often upon making a critical hit or killing a creature with any melee weapon. Imagine your fighter critting with his great ax – he can immediately lash out with yet another attack as a bonus action.

So, here’s how it finally looks: Your weapon master can now slash their way through small mobs while also striking down the bigger ones with the extra 10. Throw heavy weapons’ hefty damage in, and bam- you have a terrific combo!

When to Use Great Weapon Master 5E

As we mentioned, every feat comes equipped with its set of advantages and disadvantages, and the same rings true for the D&D 5E Great Weapon Master. After all, the high damage output must ask for a compromise somewhere! You need to factor in the let-downs to avoid putting your party at risk on the battlefield.

We must understand the proper usage of the first benefit a little more than the second one. For the second one, all you have to take care of is the bonus action, and that too during fighting smaller mobs. Apart from that, the rest shall take care of itself.

As for the first benefit, there’s a lot to keep in mind. First of all, you must be clear on what can or cannot hit while fighting a monster.

You may choose to roleplay this as your build, testing your enemy’s defenses, and analyze the fighting to gauge the creature’s AC. For example, if your Ranger hits with a 17 on an attack, your Monk misses with a 15, and your Bard whiffs with a 14, then it’s quite safe to guess that your enemy’s AC is 16 or 17. Worry not, for you will keep learning more on this as you play more.

The second concern is looking at your to-hit bonus if you deduct 5 from it. If you happen to have 2 proficiency and 4 strength, your bonus is +6. That will promptly drop to a measly 1 if you deploy the DnD 5E Great Weapon Master. Still, +1 is better than a 0, though you must roll a 15 or higher to have a hit on the creature successfully. While that is not unimaginable, you must be skilled to achieve it nonetheless.

Once you are clear on your enemy’s AC and what the feat would do if you take the roll, you can make a rough guess as to whether the roll will work out well for you. Now, it all boils down to the damaged dice roll. Since you will be using heavy weapons, you will have tremendous damage potential on your side, and throwing in a +10 will only make it better. It will definitely take away a considerable chunk of a boss’ HP pool.

This is quite simple and straight cut. There are a total of 6 weapons that have a heavy property in their base game, though 3rd party and homebrew content can also include this property if your DM allows for it.

Here are the 6 heavy weapons you may choose from:

Note that they must have proficiency in them, but Barbarians and Fighters usually have proficiency with all kinds of weapons by default, so that shouldn’t be a concern. It is important to keep in mind that you will not have a massive shield to protect you so you will be relying solely on weapons and natural AC.

Who is Best Suited to Use Great Weapon Master 5E

Needless to say, Fighter and Barbarians are undeniably the best choices for the D&D 5E Great Weapon Master feat. They have tons of extra attacks, and their base attack bonuses are quite high, to begin with. So, they can effectively reduce a target to 0 HP while also gaining the passive second benefit. Additionally, they will also work with their BAB, so no worries about the -5 hurting a lot.

“When you take the Attack action and attack with only a glaive, halberd, quarterstaff, or spear, you can use a bonus action to make a melee attack with the opposite end of the weapon. This attack uses the same ability modifier as the primary attack. The weapon’s damage die for this attack is a d4, and it deals bludgeoning damage.

While you are wielding a glaive, halberd, pike, quarterstaff, or spear, other creatures provoke an opportunity attack from you when they enter the reach you have with that weapon.”

Due to both using bonus actions, they might look like they will clash, but on the contrary, they work quite well together. Let’s say your Fighter chooses a give and attacks with both ends of the polearm; in this scenario, their attacks will look like this-

Needless to mention, both will suffer a -5 penalty, and the attack made with the end of the weapon will require a bonus action. Still, these 2 feats can cause mayhem if used with the right build.

That’s all there is to the DnD 5E Great Weapon Master feat. Yes, it has its ups and downs, but that’s what adds essence to your gameplay. Make good use of the benefits while also bearing the let-downs in mind.

The D&D Great Weapon Master is a great feat to have- it will make you feel extremely powerful in the face of danger, so it is only understandable that some shortcoming will accompany it. Know your weaknesses, and pay attention to synergizing the feat well. Happy questing!

The answer is both yes and no. It will depend on when and how often it is used. You will have to worry about it getting overpowered when you effectively mitigate your -5 penalty to attack rolls. If you/ your party have any spell, ability, or feat which can offer bonuses to your attack rolls and still allow you to hit the target reliably, you’ll realize that the Fighter has all the reason to use it.

The tradeoff between damage and accuracy is a limiting factor. So, only that goes out of the scene; you are good to go. You are potentially looking at an extra 10 damage with almost every hit. That might be overpowered soon!

Though, unlike in the early game, as ACs go higher, mitigating your -5 to attack may not be worth it. For targets with very high AC, your warrior needs every point of BAB possible to land a hit. Moreover, higher-level targets have a higher health pool. So, if you thought of one-shotting enemies, that’ll only work in the early game.

No, the +10 damage from the D&D Great Weapon Master feat does NOT double since only damage that comes from the dice is doubled on a critical hit. The +10 is just an add-on, so it remains +10 regardless of the hit being critical or not.

It does work, but it is not optimal. The first benefit will hold true for all melee weapons, so the added attacks from cutting down targets or crits will apply. But you cannot apply the +10 damage to a versatile weapon, even if you use both hands. Some DMs home rule that, so always ask! 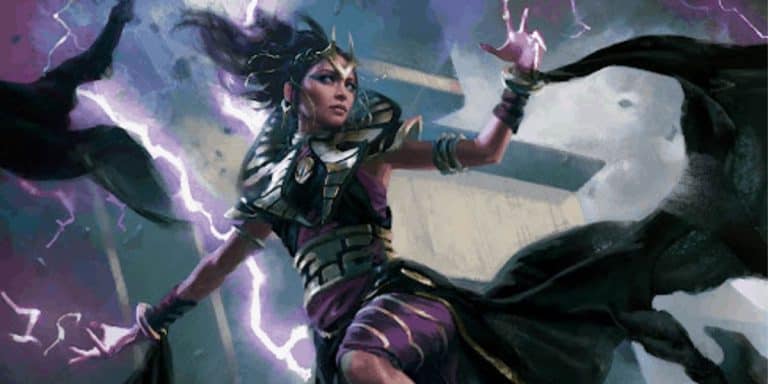 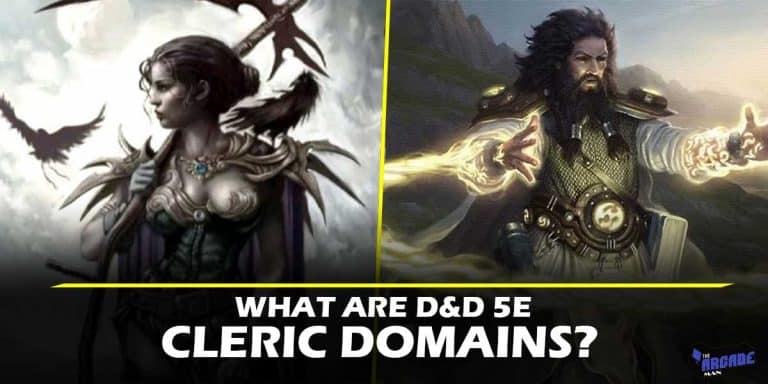 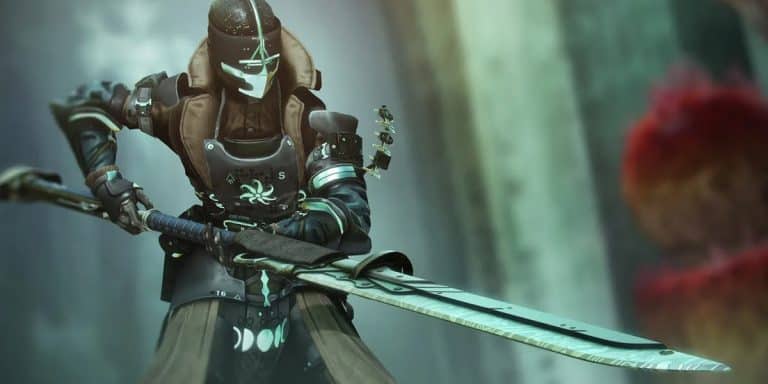