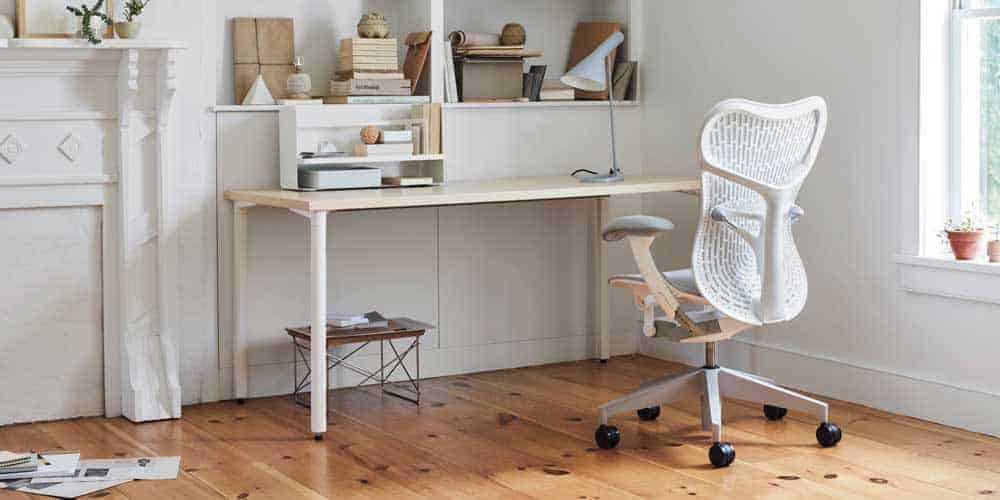 It’s been a long day at work, and you’re dying to go home. But the moment you stand up, you notice your back has started to ache. Why’s that?

Whilst these are common issues seen in day-to-day to life, you can prevent it with the right tools and equipment in an instant. Whether you’re in an office-seating or at home, having a high-quality chair isn’t only an attraction, but a necessity.

If we look at the high-quality chair brands on the market today, we can see quite a few. But the one that stands out the most is Herman Miller. And once again, they haven’t failed in providing a high-end product within its expected price range.

Essentially, Herman Miller looks to solve common seating issues with one key priority in mind: health. If you’re someone who sits in front of a screen for more than 4 hours a day, having one of those cheap, adjustable height chairs, isn’t going to cut it. And so to provide a high performing chair that supports users that are in a constant state of motion, Herman Miller has introduced the Mirra 2.

So sit tight, and stay tuned. I will be reviewing the Herman Miller Mirra 2 chair; giving my thoughts, likes, dislikes and general overview.

Every chair that has passed out of the doors of Herman Miller has always been top-of-the-line, and the Mirra 2 is no different. Since Herman Miller is known for its high profile designers and specialists, it was a no-brainer that this chair would reach breathtaking fame the moment it landed on the market.

As our tasking regimes have become more dynamic as years have passed, the need for an agile, quick and comfortable tool was in dire need. To combat this need, Herman Miller launched the Mirra 2 with one thing in mind: to create a chair that supported people that were working in a constant state of motion. This was no child’s play. So Herman Miller rounded up designers of studio 7.5 to perfect and refine this chair so that it exceeds industrial standards significantly. The chair is nicely put together, it is snug, and the chair feels solid all around.

What makes this piece’s build quality stand out from the rest, is that it has been assembled by a team of professionals in the United States of America; with each component of the chair to be nothing less than premium. The base, mechanism and armrest frames are made from pure aluminium, and the armrest shells, backrest and seat frame are all made from moulded polyamide/polyethene, leaving no loose connections.

Herman Miller Mirra 2 chair also has a plush and durable mesh made out of elastomeric and polyester which is tested to be durable enough to sustain 200,000 double rubs, making its build quality rank on the higher end of office chairs.

Herman Miller has taken into account the demands from users and has replied with a high-performance chair that is tailored to a broad scope of people. The Herman Miller Mirra 2 has a whopping chair capacity of 350lbs which can be benefited from users that are both petite and large.  It also has a life-saving arm height adjustment that can be played with based on personal preferences, making it a go-to benefactor for both short and tall people.

However, when asked about the width of the armrest, most people didn’t seem to like it. It is adjustable, but it becomes a real nuisance, especially for short people. The range for the narrowness of standard office chairs is about 11.5” – 21”, but the Herman Miller Mirra 2 stands at 18.5” – 20.5”, limiting it to people with broader arm lengths. If your arm is required to extend wider than it should be, your arms will be positioned in an outward angle, which makes it very uncomfortable,  leaving you in a non-ergonomic position.

A. Butterfly and Triflex back: The two options that are readily available with the Mirra 2 are the Butterfly back and the Triflex. The ultra-responsive Butterfly Back is a method for merging a fabric layer with polymer veins to create a dynamic hybrid structure that acts as a suspension membrane. On the other hand, the Triflex back is a simple option that has no fabric and requires more cleaning protocols.

B. PostureFit: The Herman Miller Mirra 2 also offers PostureFit which provides sacral support and proper ventilation, keeping your back both cool and properly aligned.

C. Support in motion: Since the main idea behind the Herman Miller Mirra 2 was to provide people with the ability to support ergonomic seating; they have incorporated a flexible, yet supportive design that allows the body to move freely. The chair also has a loop spine which allows torsional flex for comfort, and a Harmonic two tilt that gives out a balanced feel when reclining.

D. Ergonomic Lumbar Support: Ever had a terrible backache after sitting for too long? Fear no more. Like every other Herman Miller product, the Mirra 2 has a fantastic Ergonomic Lumbar Support system, followed by some favourable back support features. With its butterfly back made out of polymer, the chair can maintain sufficient airflow and flexibility, making it free and comfortable to sit.

It also incorporates a support in motion feature that integrates a flexible, yet supportive design, a loop spine for torsional flex, and a Harmonic two tilt which all in all makes the seating experience comfortable, natural, and ergonomic.

E. Durable design: Despite being candy-eye to most users, the Herman Miller Mirra 2 chair doesn’t fail in the durability department.  The chair is very nicely put together, it is snug, and the chair feels solid all around. We can credit this to its parts, ranging from pure aluminium for the base, mechanisms, and armrest frames, and moulded polyamide/polyethene for the armrest shells, backrest and seat frames; all of which are top of the line.

It also has a plush and durable mesh made out of elastomeric and polyester which is tested to be durable enough to sustain 200,000 double rubs, making its durability rank on the higher end of office chairs.

F. Adjustable armrest: Users can recognise the armrests to be the highlight of the Herman Miller Mirra 2 chair. Before getting too excited, you should know that the fully adjustable arms on the chair are an additional $133. If you can cut the mustard, it’s a bang for your buck. Otherwise, not having this option is perfectly okay.

The armrests have a comfortable waterfall-like design which is both soft and squishy, yet strong enough to undergo pressure due to the urethane membrane. The height range from which the armrests can be adjusted is versatile. It goes low enough for short people and high enough for people around 6’5” mark.

They are also width adjustable, depth adjustable and can quickly pivot which is excellent for tasking. But for most, including me, agree that the armrests are still pretty wide despite having the adjustability feature. This can serve as a deal-breaker, especially for shorter people.

G. Adequate weight capacity: Whether you’re small or large, the Herman Miller Mirra 2 chair is suited for both. Since the product is made of high-end, premium quality materials, it can withstand up to 350lbs, which is more than Embody and about the same as the Aeron (Check the Herman Miller Aeron Review).

If you’re a gamer, and you’re quite aggressive when playing, fear not. The chair is designed to sustain large amounts of movement and stressors. It can most definitely undergo hours on end of seating, which is a value that most users greatly value.

H. Breathable Upholstery: Most cheap, foam-based office chairs have one recurring issue: heat build-up. Mirra 2, on the other hand, is quite the opposite. To combat the problem of the chair becoming moist and tacky, the Herman Miller added applied fabric on both the front and backside of the chair to increase flexible support and airflow. The chair also has a distinctive Posturefit feature that maintains sacral support and proper ventilation, to keep your back cool and comfortable.

I. Adjustable seat height: The adjustable seat height is a feature that Herman Miller oh-so dearly glorifies. It’s incredible. If you’re looking to take a seat and relax, need not worry! The Herman Miller Mirra 2 chair is excellent for its modifiers, and it comes in clutch with its seat height adjustment option, serving well for both short and tall people. With a simple squeeze of the handle, you can adjust the seat both up and down. But don’t forget to release the handle to lock it in position!

Herman Miller has made the seat height adjustability very simple for users which is what makes it a desirable product.

1. Mesh is not for everyone: The mesh of the Herman Miller Mirra 2 gives out a unique experience. Whilst it is soft, it just isn’t for everyone. People who have sat on or prefer chairs with padding, find the mesh a little odd. So if you’re not a mesh person, I suggest you take a look into an alternative to the Mirra 2, the Herman Miller Embody Task Chair.

2. Higher price point: This may be a deal breaker for a lot of people since money doesn’t grow on trees. And whilst the Herman Miller Mirra 2 is on the lower end of the Herman Miller office chairs, its price falls close to $1000. For many, this is too much to invest.

The Mirra 2 is one of the more unique and well-balanced office chairs out there. The distinctive features that they have supplemented certainly make it a desirable product, and keeps their philosophy of producing high performing chairs that support users that are in a constant state of motion, strong.

Like all chairs, I do see a few letdowns. Not everyone would be willing to pay around $1000 for an office chair no matter how enticing the additional features may be. If it costs an arm and a leg, it won’t be worth consideration.

Another thing that may be a deal-breaker is that it has seats made from mesh, which, though fantastic, isn’t a general preference if you have been a fabric type of person. The switch, as I’ve seen, is highly unlikely. It also has wider (but comfortable) armrests, so if you’re a short person, you may find difficulties in tasking.

Overall, I do feel it is an excellent bang for your buck. It has fantastic features, it has a very comfortable feel, and it has a top-of-the-line build quality, which is all you ever need or want in a chair.

And whilst it may have a few setbacks here and there, it packs a punch with both beauty and brains. If the Herman Miller Mirra 2 checks all your boxes in buying a high-end, comfortable office chair, I recommend you choose it as your next purchase.

It’s not perfect for everyone, but it is a great choice for most. 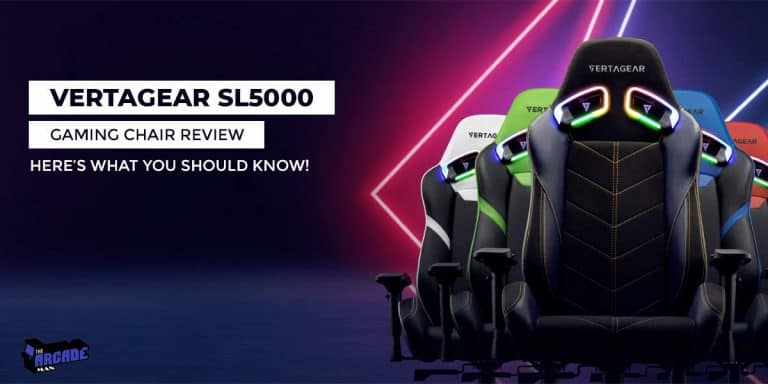 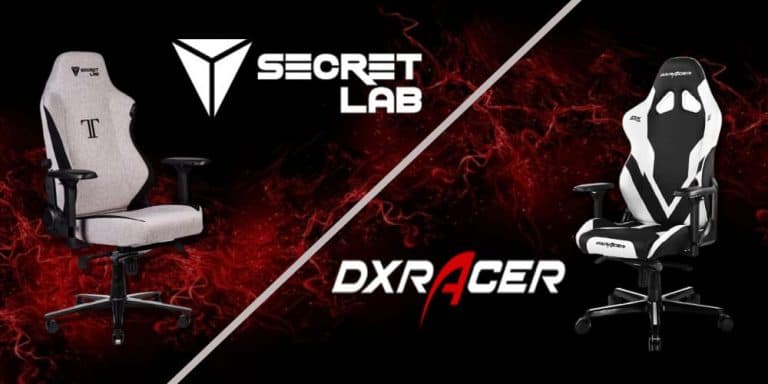 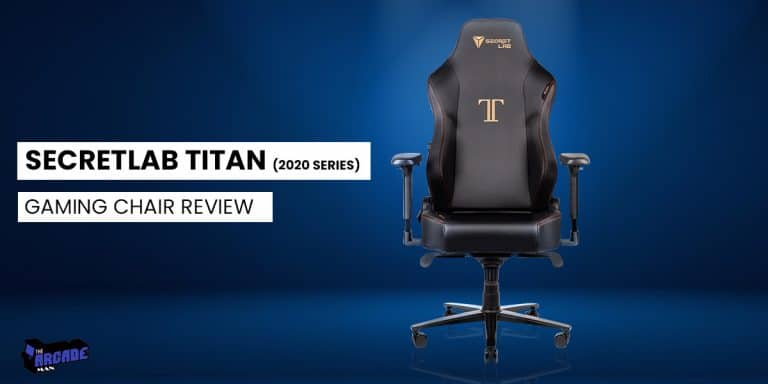 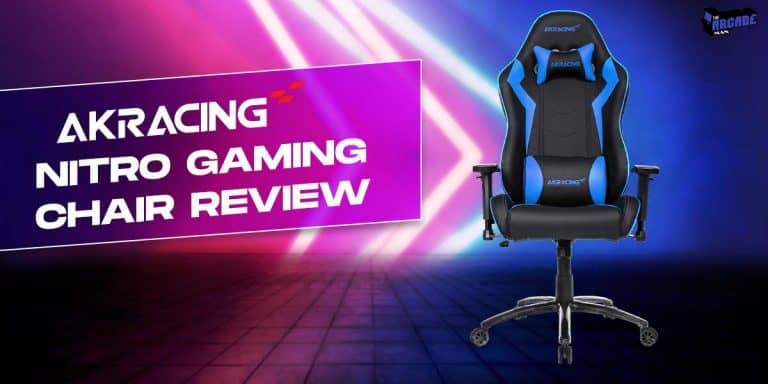 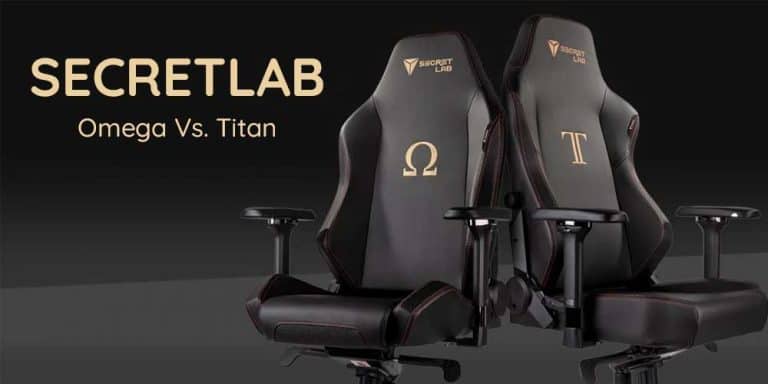 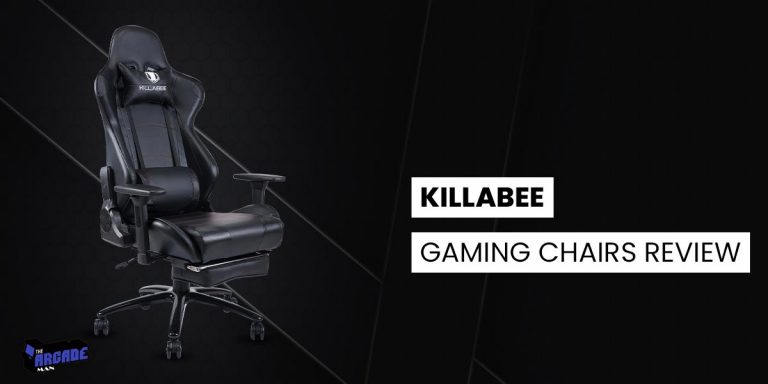